I Live in a Flood Zone. What Does that Mean? 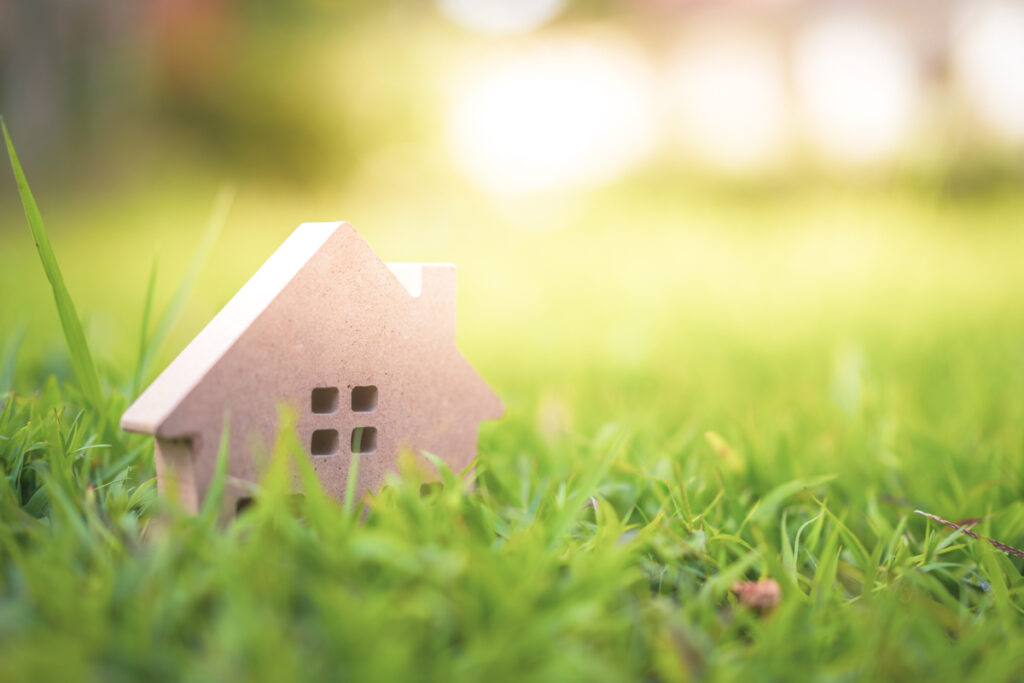 That little creek in your back yard might be pretty to look at, but it could mean big trouble after a heavy rainstorm. Floods wreak havoc all over the United States—especially in low, rainy areas like Central Florida.

In fact, floods are the most common natural disaster in the United States, beating out hurricanes, tornadoes, and earthquakes. Floods cost homeowners $2.4 billion every year! Even an inch of water is enough to cause serious damage to your home without proper water mitigation cleanup.

Since floods are such a prevalent problem, the Federal Emergency Management Agency (FEMA) created a map of different flood zones to determine the risk of flooding across the entire country. According to the maps, 41 million Americans live in a flood zone. If you’re one of them—and maybe even if you’re not—here’s what you need to know about flood zones.

If you’re not sure if you live in a flood zone, you can look up your address on the FEMA website.

A flood zone is an area or region designated on a flood hazard boundary map. They come in different designations depending on the level of risk. For example, a higher-risk area will be shaded on the map, while lower-risk areas might just have a letter marker without shading.

Since flood zones—and flooding in general—can be quite technical, there are a few terms you should know to help you read flood zone maps:

Now that you know the terminology, let’s dive into the different types of flood zones and what they mean to you.

When you look at a flood hazard boundary map, you might notice there are a bunch of different colors, lines, and shadings. These variations designate the different types of flood zones—and there are a lot of them!

Each one provides specific information about the flood zone and the type of flooding that may occur. Here are various types of flood zones and what they mean.

Zones designated as moderate to low risk are, obviously, the least prone to floods, but that doesn’t mean you don’t need to worry about flooding at all if you live in these areas. It just means it’s less common.

Almost one-third of all flood insurance claims are filed by homeowners who live in these “low-risk” regions. And since people feel safer in these areas, many don’t even get flood insurance, which typically costs them a pretty penny down the road when they have to pay for water mitigation and recovery services out of pocket.

There are two types of low to moderate risk flood zones:

Flood Zones B and X (Shaded)

Zones designated “B” or shaded on the map are areas of moderate risk. These zones fall somewhere between 100-year and 500-year floods. There’s less than a 1% chance but more than a 0.02% chance of a flood annually.

B flood zones can also designate floodplains created by smaller hazards like an area protected by levees from 100-year floods or areas that might get shallow flooding that’s less than a foot deep.

Even though B flood zones don’t typically encounter huge floods, it’s still a good idea to be cautious. Even a couple inches of flooding is enough to cause serious damage to your house that would require expensive mold and water mitigation.

Zones designated “C” or left unshaded on the map are areas with minimal flood danger. They’re above the 500-year flood level, or below 0.02% chance of a flood annually.

An unshaded flood zone X means that the area is outside of the 500-year flood and protected by a levee from 100-year flood. Flood zones C and unshaded X are the safest type of flood zone, but floods can still happen. It’s still a good idea to get flood insurance and know who to call for water mitigation services should the need arise.

Flood zone A means there’s a 1% or more chance of annual flooding and at least a 26% chance of flooding within 30 years. Why 30 years? Because that’s the average term for a mortgage. Lenders and insurance companies use this information to determine rates.

If a zone has only the letter “A,” it means there hasn’t been a detailed analysis for the area to determine average flood depth or base flood elevations. Basically, flood zone A is the generic “high risk” zone. If more data is known, there will be another letter following the A.

Flood zone AE is essentially the same as flood zone A, except the base flood elevation is known. On a flood hazard map, the elevation is usually listed below the zone.

For example, you might see something like “Zone AE (EL 23 Feet).” That means there’s a 1% or greater chance of a flood that rises to 23-feet annually.

This type of flood zone is referred to as “numbered A zones.” If you’re looking at an older flood hazard map, you might see something like A12 or A22. These flood zone designations are the same as flood zone AE; they’re just the old format. Flood zone AE replaced the numbered A zones on modern maps.

Like all “A” flood zones, flood zone AH also has a 1% or greater chance of flooding annually and a 26% chance to flood over a 30-year mortgage term.

What makes AH different from the rest is that the flooding in these areas typically forms a small pond with an average depth between one and three feet. There’s no flowing water; everything just sort of fills up.

This type of flooding can quickly and completely saturate your home’s lower levels and require extensive water mitigation services. Since there’s nowhere to divert the water, preventing home flooding can be a challenge if you live in flood zone AH.

Flood zone AO also has a 1% or greater chance of flooding annually and a 26% chance to flood over a 30-year mortgage, but it has a different source than the other types of A zones.  These flood zones are typically caused by flowing rivers or streams that cause sheet flow.

Sheet flow is especially dangerous because the force of the water can erode your home’s foundation, carry things away, or crash items into your house.

Even after the floodwaters recede, your house will still have lots of moisture trapped inside, which can lead to mold. Be sure to hire a water mitigation team to clean your house after a flood to prevent mold growth.

This type of flood zone is for any region with a temporarily increased flood risk due to the restoration or building of a flood control system like a dam or levee.

Flood insurance is mandatory for anyone living in a flood zone AR, as there could be a flood at any moment. Luckily, the designation is only temporary. Once the flood management systems are finished, it’ll likely become a low or moderate risk flood zone.

Living by the coast is certainly lovely, but it’ll also increase your flood risk drastically. Between hurricanes and low elevations, floods can tear through coastal towns rather quickly. This is especially true in flat, hurricane-prone areas like Florida.

Since the risk is so much greater, coastal areas have their own flood zone designations to set them apart from the comparatively lower risk inland areas.

If waves get too high during a bad storm, they could flood inland and cause massive damage to homes on or near the shore. Saltwater damage is especially bad for houses, since it can cause anything metal to deteriorate. It’s important to call a water mitigation team immediately following flood damage to reduce the impact to your home.

Just like flood zone A, flood zone V is the generic coastal, high-risk flood zone. There usually isn’t enough analysis to determine base flood elevations or anything more than simply “high risk with storm waves.”

Flood zone VE or V 1-30 is similar to the AE or A 1-30 from above. The only difference is that VE is specifically for coastal properties and includes storm wave hazards.

Some areas around the United States haven’t been analyzed to determine flood risk. Since there’s no data, they can’t be included (or excluded) from the flood zone map. There could be a flood hazard, but it’s uncertain.

Any regions that don’t have data fall under flood zone D. This can be tricky for homeowners, since they don’t really know what to expect. It can also affect insurance rates because of the uncertainty.

What to Do If You Live in a Flood Zone

Since floods are one of the most common causes of water damage, it’s important to protect yourself from anything that could go wrong.

Even if you live in a low to moderate-risk flood zone, it’s a good idea to get flood insurance. Most standard homeowner’s policies don’t cover flood damage. You’ll need to add that endorsement separately. It might increase your insurance rates slightly, but it’ll save you tons on water mitigation after just one flood. Remember, even the slightest amount of flooding can cause serious damage to your home!

Anyone living in a flood zone should also know who to contact for water mitigation services. You don’t need to have them on retainer or anything; just have the name and number ready.

In the event of a flood, time is of the essence. You need to clean up the water fast to remove the excess moisture and prevent mold from growing in your home. Mold can start growing in as little as 24 hours in the right conditions. Get rid of the moisture with a water mitigation specialist, and there’s a chance you won’t have to deal with pesky mold in the future.

Experience a Flood? Contact a Water Mitigation Specialist Right Away

Where there’s a flood, mold is sure to follow. Protect yourself from the harmful effects of mold by calling a water mitigation specialist immediately following a flood.

A water mitigation team will use commercial-grade equipment to safely and effectively remove any type of water damage to make sure your home is okay and stop mold growth in its tracks. It’s much more than just a few paper towels on the floor!

If you’ve experienced a home flood, there’s no time to wait. Every second that passes is time for mold to grow. Contact the water mitigation experts at Central Florida Restoration Solutions right away! We’ve helped Florida homeowners clean up after floods for over 25 years. We’ll also handle pesky mold problems that might appear due to the excess moisture.

For homeowners who live in a flood zone, CFRS is here to help. We offer 24/7 emergency services, so we can be there the minute disaster strikes to limit the damage to your home and protect your family with expert water mitigation services.

How can we serve you?

How to Handle water, mold, fire, and smoke damage to your property